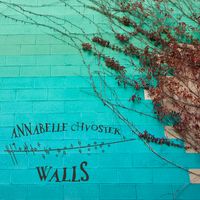 Sometimes I have a line that comes to me and it sticks, for months, for years, as a premonition of a potential song. ‘Before the sky turns into walls, can we watch the dusk fall?’ I took this line backed by languid melody and Spanish guitar chords and brought it to the  table to see what would emerge. 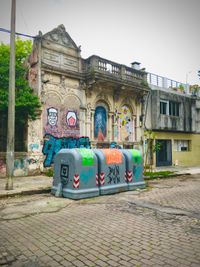 The process of creating the song “Walls” was long, meticulous, and full of collaborations. The  lyrics were co-written with Amy Katz, the musical arrangements are by Fernando Rosa, and David Travers-Smith, Fernando, and I teamed up for the co-production. Amy Katz has been a creative pal for years, contributing quietly to the poetic clarity of many of my songs in the past. When we embarked upon our first official co-write we ended up with a song where the meaning wasn’t entirely clear to me. While the song clicked, felt complete, and I could get behind it with all emotion, when asked what the song was about I didn’t have a clear answer. It was part of this new uncharted territory.

I had been working on a new group of songs with the intention of connecting to the gritty urban world of Montevideo, a place that I’d fallen in love with through my Uruguayan spouse, Ximena. We'd been visiting yearly for over a decade, and in that time, I developed a close friendship and musical connection with musician and composer Fernando Rosa. I had gone to Uruguay just weeks after my father’s death at the end of 2018, still in its fog. In my shellshocked and mortality-awakened state I would go meet with Fernando to work on the music. I’d haul my guitar over to his place or meet in a park by the Teatro Solís on his breaks from working with the Philharmonic Orchestra. Diving into the music together was like a little beam of sunlight cutting through the haze, uncurling a tight knot of tiny delicate leaf growth. We had good ideas together. We had musical chemistry. 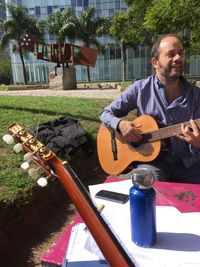 We lay down the demo for Walls just days before my return to Toronto. We started in the afternoon with our small kids screaming over us and kept going, through the delicious 'asado' dinner, deep into the night until the grey of dawn started seeping through the windows. Our first demo of “Walls” was full of Pink Floyd references, layer upon layer of electric guitars building to the finale, my voice cutting through with the emotion of the time, hoarse and vibrating, infused with grief and released by the pathos of the tango culture that surrounded me. As the creative process continued remotely over the next year, the production started taking on a life of its own. Fernando and I committed to a more orchestral vision. We dropped the electric guitars and he built up the movement with strings and brass. While the meaning of the song was still held in suspense, the sound of it was growing, maturing. It started to take  on an epic, filmic quality.